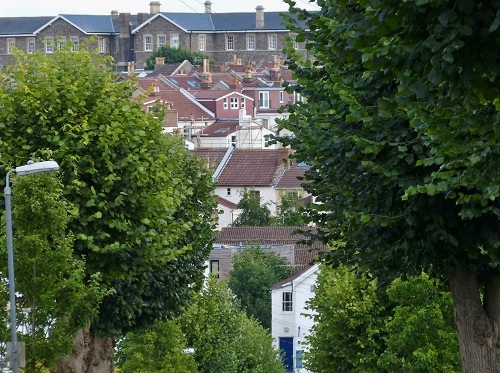 The neighbourhood is the only area of Bristol to make the top 11, with Bridport in Dorset in third, Cornwall’s Bodmin Moor in second and Frome in Somerset ranked number one. As a result, the 11 areas have all made The Sunday Times’ Best Places to Live in Britain.

The list was decided by a panel of experts and using “hard data and on-the-ground experience”.

A statement about Bristol’s inclusion in the list from the newspaper read: “Not everyone was thrilled that Bristol was named as the Best Place to Live in Britain last year, with some fearing that an influx of Londoners would damage its distinct creativity and sense of community.

“Yet it remains one of the most exciting and energetic places in the country.”

The Sunday Times Best Places to Live in Britain covers the North and Northeast, Midlands, Northern Ireland, Southeast, Wales, Southwest, East, London, Scotland and the Northwest. It also reveals the overall best place to live in the UK.

The Bishopston Society
The University West of England (UWE) are currently conducting a surveyabout how people are using Greenspaces at the moment. It’s been commissioned by the West of England Combined Authority (WECA) and the results will inform future policy. If you have an interest in our green areas and wish to take part in the survey please use the link below. “By green spaces we mean any natural or semi-natural areas partially or completely covered by vegetation that occur in or near urban areas. They include parks, trails, woodlands, reservoirs, rivers, and allotments, which provide habitat for wildlife and can be used for recreation. This study will provide robust, high-quality evidence to policy makers, local authorities, planners and property developers to make informed decisions on how green space should be provided, promoted and managed, and how its use and importance changes during pandemics”. Here’s the link: https://bit.ly/3cSGnnQand this is the press release: https://info.uwe.ac.uk/news/uwenews/news.aspx?id=4033

The Bishopston Society
Difficult times for Bristol's cultural venues. They may not open until September and would welcome donations. https://www.bristolpost.co.uk/whats-on/whats-on-news/bristol-venues-future-coronavirus-lockdown-4149027

The Bishopston Society
https://bristolcycling.org.uk/what-covid-cycling-provision-do-you-want/ For pedestrians as well as cyclists. There are many pinch points identified especially around the city centre and Gloucester road.

The Bishopston Society
Supporters say a new station at St Anne’s could give rapid commuter access into central Bristol, Keynsham and Bath, relieving pressure on the busy A4 road linking the two cities. This follows secure funding for the Portishead line and Henbury station.

The Bishopston Society
https://info.uwe.ac.uk/news/uwenews/news.aspx?id=4033 A team of researchers from UWE Bristol are conducting a survey to investigate how social distancing measures have changed the way that residents are using green spaces and connecting with nature in the West of England.