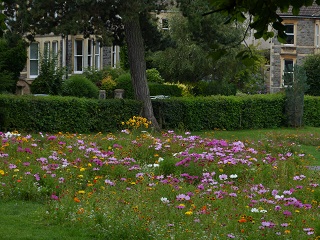 The Chair of Friends of St Andrews Park has written to the Council about this much appreciated decision, but the letter (below) also outlines the Friends concerns for the future bidding process.

I am writing on behalf of the Friends of St Andrew’s Park to say how delighted we are that Fay Aldridge has been successful in her bid for the concession to continue to run her ever popular Tea Garden in St Andrew’s Park, which she has done wonderfully for over ten years on the basis of an informal annual agreement with the council.

We understand that the new contract is for three years, after which we assume there will be a further bidding process. In anticipation of that, we felt we should let you know of our concerns about aspects of the process that took place this time, and how we feel that improvements could be made in future.

Our main concerns are:

1. The weight given to the different criteria by which decisions would be made. To the Friends, and no doubt many others, the fact that Fay had made a long term commitment to the Park and built up, through her own efforts, a successful and much loved local business, must be seen to carry considerable weight against other bidders who are simply speculating on a business opportunity which they can see someone else has successfully created.

2. The length of time from when a competitive tender process was first brought to Fay’s attention [ around Xmas 2017] to when it was actually concluded [March 2019];

3. The uncertainty, at the outset, of the process and timescales which were to be followed;

These issues created a lot of anxiety for Fay as, no doubt, they did for others. As well as being very worrying for her and her staff, they also created much concern in the local community, many of whom see her Tea Garden as an essential element of the Park’s great popularity, hence the 5,000 signature petition supporting Fay.

Therefore, we hope that when the concession comes up for renewal in three years time, the criteria for selection and their relative weight, the process to be followed and the proposed timescale, are made clear from the outset and the above concerns effectively addressed.

We would welcome your thoughts.