The Birds of St Andrews Park - 40 species and counting 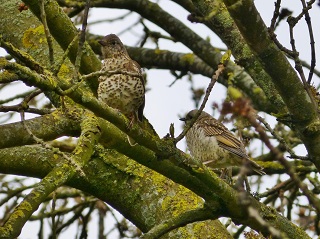 Friends of St Andrews Park has been running monthly bird walks for about 5 years now. We've seen a good selection over that time because the park provides ideal habitat for many species in what is otherwise a very built-up area of Bristol.

The birds we regularly encounter are essentially woodland species which have adapted to urban gardens and green spaces.

The open grassy areas provide feeding opportunities for Blackbirds and Mistle Thrushes which search for earthworms and other invertebrates below the surface.  The Mistle Thrush looks like a Song Thrush on steroids. It is bigger and greyer than its cousin and is definitely one of the park's avian stars. Mistle Thrush populations have declined significantly since the 1970s and so we are very lucky to see them regularly and have them breeding in the park. 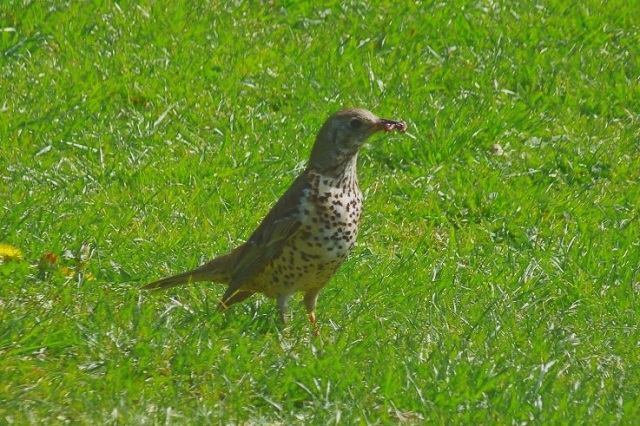 The deciduous trees are a magnet for Blue, Great and Long-tailed Tits which find caterpillars among the leaves to feed their young in the spring. Coal Tits and Goldcrests are more likely to be found in the pine trees . We have seen evidence of tit species making use of the nest boxes that have been installed throughout the park. 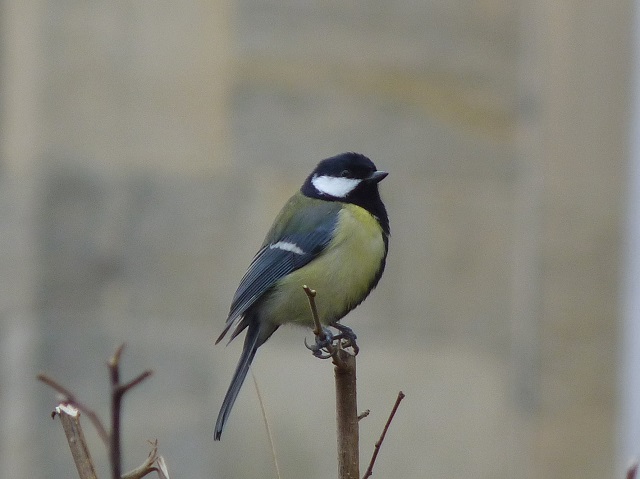 Hedgerows and shrubs are another important feature of St Andrews Park and these provide both nesting and feeding potential for birds like Dunnocks, Wrens and Robins. The hedgerow of native shrubs bordering the meadow is maintained with wildlife very much in mind and affords shelter for a number of bird species all year round. It is rich in insect food in the summer and with fruits in the autumn. House Sparrows, although nesting in the roofs of neighbouring houses, spend much time congregating in the shrubs abutting the bowling green. 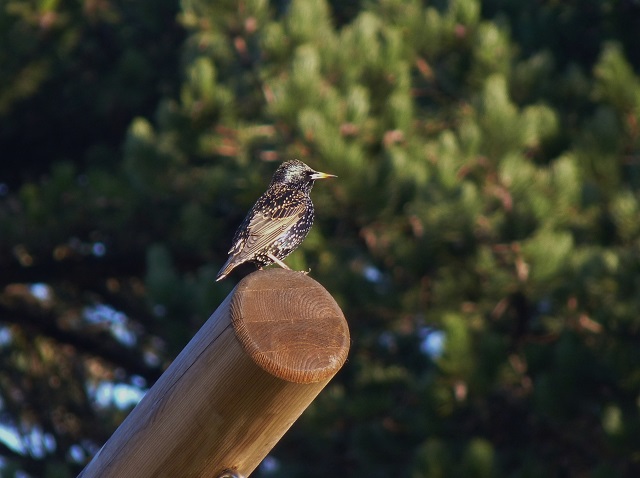 The seasons bring about subtle changes in the number and variety of birds. In spring and early summer the park is full of birdsong from Blackbirds, Robins, Dunnocks, Wrens and Chaffinches. These singing individuals are males advertising themselves to potential mates and defending their territories against incursions from other males. As the season progresses, the level of birdsong subsides as raising young becomes more important. In the past we have been lucky to note the successful breeding of Mistle Thrushes, Blackbirds and Blue Tits in the park as evidenced by the presence of juvenile birds. We were lucky enough to find a Mistle Thrush nest with young in 2013.  Late summer is a quiet time in the park -  at least for the birds! They need to moult and grow new feathers after the rigours of the nesting season. This energy-sapping process results in birds becoming very skulking so as to avoid the attentions of predators. 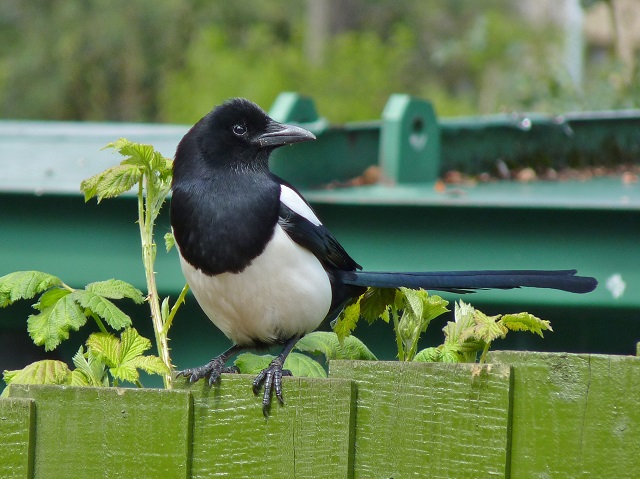 Magpie on the depot fence

In autumn we tend to see an overall increase in the bird numbers in the park. Finches form quite large groups at this time of year and it is not unusual to see flocks of 30 or so Goldfinches along with Greenfinches and Chaffinches busily feeding in the tree canopy, attracted  in particular to the Plane tree seeds. Starlings start to become more conspicuous as they chatter away in the trees or feed in groups on the grass. It is likely that many of these are immigrants from the continent, as Britain sees a huge influx as the days get shorter and the temperature dips.

Birdwatching can be very productive in the winter, especially when the park plays host to small groups of Redwings and Fieldfares. These beautiful Scandinavian thrushes can be seen feeding on the open grassy areas. The Fieldfare is a symphony in grey and chestnut, whilst the small but dashing Redwing, with its ruddy flanks and bold creamy eyestripe, is unmistakable. Winter is also a good time to see Blackcaps. These robust warblers do not seem to nest anywhere in the park but one or two overwintering birds can usually be seen, favouring the shrubby areas near the bowling green. In March 2013 we were lucky to see a group of 4 Waxwings. These spectacular visitors from northern Europe occasionally visit the UK in large numbers and are nomadic, feeding in flocks on berries and moving on when a food source is depleted. 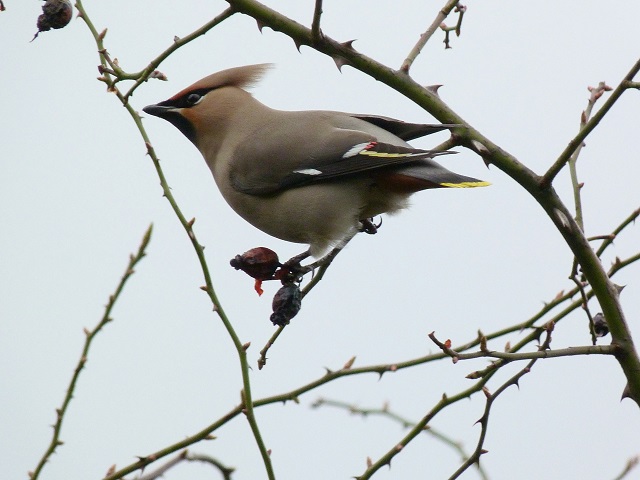 Unusual sightings over the years have included Treecreeper, Ring-necked Parakeet, Great Spotted Woodpecker and even a Short-eared Owl. Ravens and Buzzards occasionally fly over and we have seen both Peregrine and Sparrowhawk on our monthly rambles. The running total for birds seen in St Andrews Park now runs to 40 species. There is always something to see and hear in the park and long may it continue to surprise and delight us!

Regular Bird Walks are held in the park between September and May, every 3rd Sunday in the month, from 10 to 11 a.m. You can check a walk is on and find out what has been seen on previous walks, by going to the Friends of St Andrews website: here