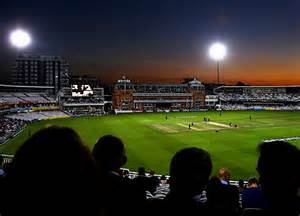 As you may have heard, the Planning Committee unanimously approved GCCC's floodlight application at their meeting this afternoon.

We are very disappointed, although not surprised by the decision.

Thank you to all those who supported HowZat? - although six 45 metre floodlights will go ahead before the 2016 cricket season by persuading the committee to defer the application in February the following improvements have been made to the plans  :

-  the lighting heads will be rounded rather than a stark rectangle

-  an undertaking that floodlit matches will finish by 10pm unless they are televised, in which case they must finish by 10.30: in each case lights to be immediately dimmed and switched off half an hour later (in reality matches are likely to finish considerably before this unless there is a rain delay)

These may seem small gains but without the campaign we doubt that they would have been achieved.