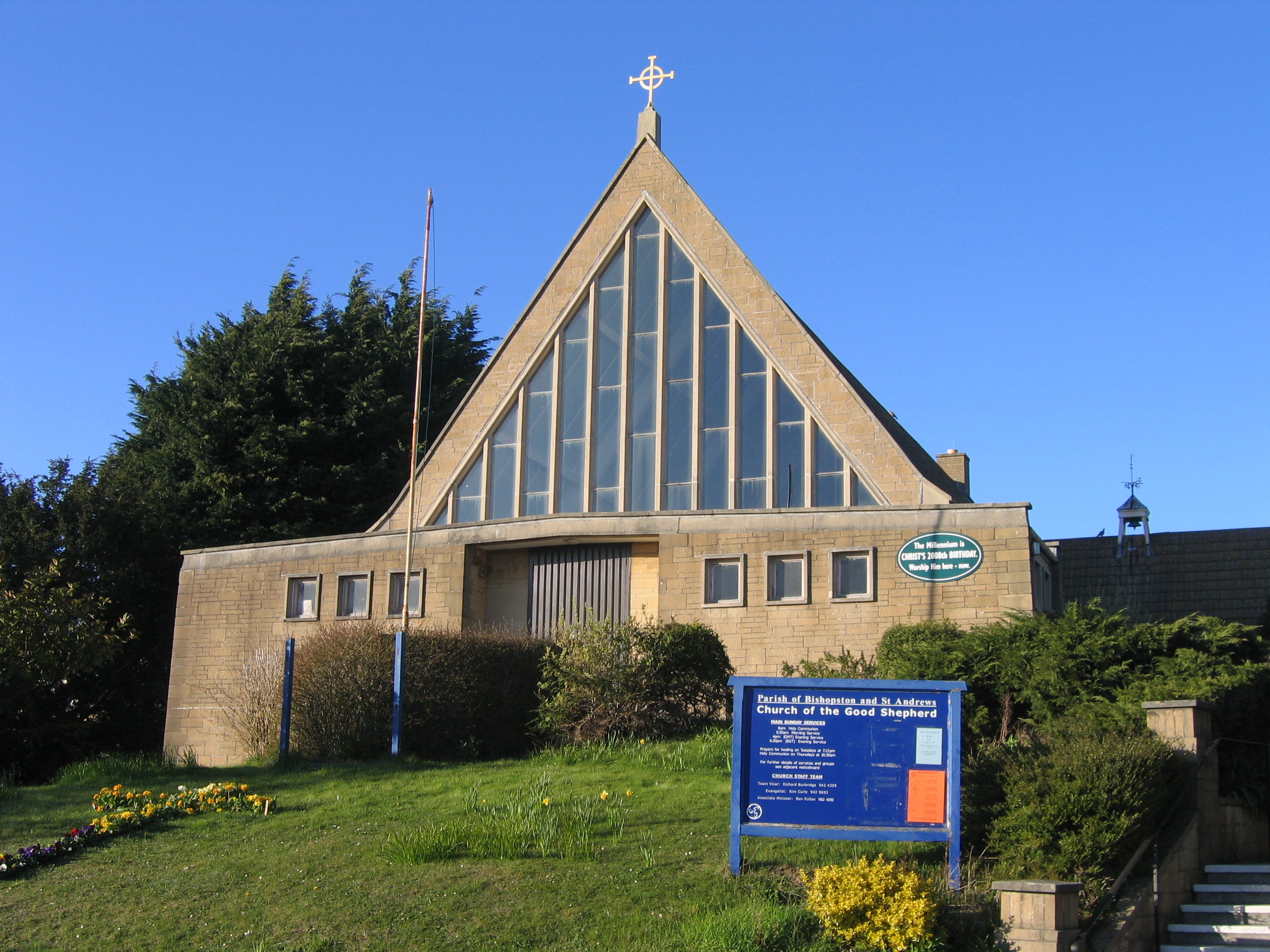 At the Sunday service on the 17th April, it was formally announced that the whole of the Church of the Good Shepherd (COGS) site, on Bishop Road, is to be sold off.

The proceeds of the sell-off would go towards redeveloping the St Bartholomew's church site at St Andrews Park. This has been agreed in principle with the Bishop of Bristol, but subject to detailed scrutiny by the Bristol diocesan board of finance. We now know that the development details are rather sketchy, but involves spending around £3 - £5 million to convert the St Bartholomew's site into what could be described as a 'Super Church'.

Eighty years ago COGS was spun out of St Michael's and All Angels (SMAA) to become a daughter church and then one in its own right. The church (a hut at the time) was rebuilt fifty years ago and is the prominent building of course we see today. The building was financed entirely by the COGS parishioners themselves. An adjoining hall was added later.

The COGS building is the most recent of the three churches in the Bishopston and St Andrew's parish and has a relatively large car park. It is of a modern and well thought out design requiring relatively little expenditure to refurbish and significantly improve its energy efficiency and enhanced use. Several years ago a complete set of recommendations were put forward by the COGS parishioners to do just that. The popular COGS hall is always heavily used, serving the community very well. The view at the time was to make the refurbished main church building a much more accessible space to the community as a whole thus complimenting the ageing hall, with the enterprise becoming self financing.

The COGS and local communities firmly believe that the site is an asset of community value and to sell it off is very short sighted.