Air pollution: a global crisis or a problem solved? 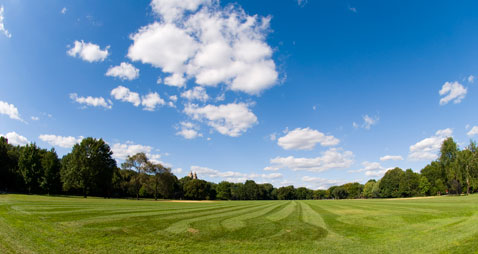 Jim Longhurst and Ben Williams locate today’s air quality problems in their historic context, then call for new, firmer action, including a change in our habits.

It has been 60 years since the inception of the Clean Air Act, introduced to address the growing public health crisis that industrial and domestic coal burning was imposing on citizens throughout the UK. The development of the Act was instigated by the Great London Smog of 1952 which caused the premature deaths of at least 4,000 people at that time and many thousands more through the longer-term effects of the smog. The Act was championed in parliament by Gerald Nabarro MP who also proposed a Private Members Bill to address the problem.

In 1953 the Beaver Committee was established to “examine the nature, causes and effects of air pollution and the efficacy of present preventative measures; to consider what further measures are practicable; and to make recommendations for action by government.” The Committee’s recommendations suggested the creation of a policy framework for clean air and an act to cover domestic and industrial emissions of smoke from new and existing premises.

This Act and the subsequent act in 1968 changed the state of air quality in the UK from one of soot laden smoggy landscapes to that of relatively clear skies. Today, the challenge lies primarily with vehicle emissions and if we are to address them we will require steps that are equally as bold as those of the 1950s.

Air pollution is the single largest environmental health risk globally. In 2012 the International Agency for Research on Cancer (IARC) concluded that diesel engine exhaust causes cancer in humans and a year later the IARC classified outdoor air pollution similarly. Both are Class 1 cancer-causing agents and are considered as bad for our health as exposure to asbestos, tobacco smoke and ultraviolet radiation.

Air pollution does not affect everyone equally, disproportionately affecting children and the elderly, as well as those with existing health conditions. The poorest in society also suffer the most whilst contributing least to the problem. Clearly, air pollution has a significant impact on human health and laws have been introduced over the years to drive down concentrations nationwide.

In 1987, the World Health Organisation set health based guidelines for particulate matter, nitrogen dioxide (NO2), ozone and sulphur dioxide, amongst others. Based on the WHO health-based guidelines, the EU Air Quality Framework Directive and subsequent Directives were developed which Member States were required to convert into national law by 1998.

The EU limit value for NO2 was to be achieved by 1st January 2010, however, UK remains non-compliant in many areas. After being taken to court for non-compliance by activist lawyers ClientEarth, the UK government was ordered by the Supreme Court in April 2015 to draw up new air quality plans to address air pollution in the UK. The air quality plans were submitted to the European Commission in December 2015 (and we are still awaiting a response), however the consensus across the air quality profession was that these plans are not sufficient to address the public health challenge in as short a time as possible.

In October 2016 ClientEarth returned to the High Court seeking a further court decision about the failure of the Government to take air quality and its legal obligations seriously. The High Court ruled in favour of ClientEarth, finding that the Government’s 2015 Air Quality Plan failed to comply with the Supreme Court ruling or relevant EU Directives. The Government said it would not appeal against the decision and agreed in court to discuss with ClientEarth a new timetable for more realistic pollution modelling and the steps needed to bring pollution levels down to within legal levels.
When a government has to be forced by the High Court to act to protect human health and the environment one must conclude that the government does not take protecting our health seriously enough. So what can we do?

We shouldn’t consider reducing air pollution as another regulation to be suffered, it should be considered as an opportunity to improve our health and wellbeing. Cars don’t cause air pollution, we do by driving them, and consequently any solution will come from a change in our habits. By substituting car use if and when possible with a bus journey, or preferably by walking or cycling, we not only reduce air pollution but improve our health and wellbeing, and reduce the number of cars on the road. Other strategies to avoid higher levels of exposure to air pollution include walking and cycling along less busy traffic routes, and travelling outside peak hours. While difficult, these are the decisions we must make.

As well as being bound by EU Directives the UK has its own air quality objectives. Where these are exceeded and public exposure is present a local authority must declare an Air Quality Management Area (AQMA) and prepare an Air Quality Action Plan to bring the area back within the allowed concentration. In 2001 Bristol declared an AQMA for particulate matter (PM10) and nitrogen dioxide (NO2). This has been amended several times and is still in force in 2016 despite the requirement for these pollutants to be below objective concentrations by the end of 2004 for PM10 and the end of 2005 for NO2.

The AQMA covers the city centre and arterial roads running out from the centre including the Gloucester Road. Traffic is the overwhelming emission source for PM10 and NO2. Reducing car based traffic whilst enhancing public transport patronage rates is the only solution to this problem until electric cars become the dominant mode of personal mobility.

In October 2016 over 150 delegates attended the Routes to Clean Air (RTCA) conference in Bristol and discussed the challenges and opportunities we face in addressing the air pollution crisis. It was clear from conference presentations that we have plenty of evidence on the impacts of air pollution however the statutory measures to address it are weak and enforcement is lacking.

We, the Air Quality Management Resource Centre, call for a new Clean Air Act, equally ambitious as the first Act 60 years ago, enshrining our right to breathe clean air within national legislation. Other organisations are leading the call, including Environmental Protection UK, the world’s oldest environmental pressure group who were themselves instrumental in the creation of the 1956 Clean Air Act.

As a society we have come a long way since 1956, but we have further to go. We expect our food to be safe, our water to be clean, and without a shadow of a doubt we should demand the same of our air.

Professor Jim Longhurst and Dr Ben Williams are researchers at the Air Quality Management Resource Centre at the University of the West of England, Bristol - http://www1.uwe.ac.uk/et/research/aqmrc.

The above is the first in a series of three related articles focused on air quality. The others are:-

2. Air quality in Bishopston: measurements and responses, by Gavin Spittlehouse

3. Clean air in Bristol - how we and the Council can respond, by Tom Brook