The ‘Our Place’ survey – an update 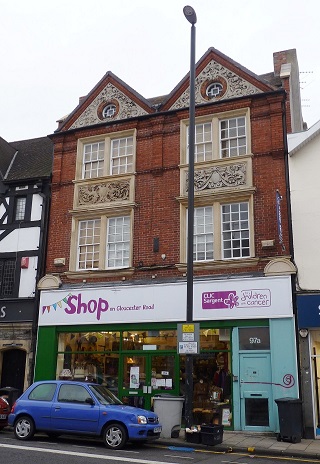 In the July 2014 newsletter and on this website (see here), I reported on the initial survey carried out by some of our members and others on a stretch of the Gloucester Road, including the section designated as a Conservation Area.

We recorded, on large scale maps, a wide range of features such as interesting architecture, key buildings, trees and distinctive roof lines as well as less attractive aspects like intrusive frontages and hazards.

All this information was then collated by Pete Insole, BCC Archaeological Officer at Bristol City Council who manages the Bristol Historic Environment Record. From the survey results, Pete has now produced an impressive 25 page draft document, liberally illustrated with photos and annotated maps, which collates and interprets the survey data to offer an account of the unique local character and distinctiveness of Bishopston and in particular, its Gloucester Road.

The document concludes with a table summarising the findings under the headings of ‘strengths’ and ‘challenges’. Strengths include the ‘vibrant independent shopping street’, of the Gloucester Road, its ‘distinctive frontages and strong building lines, particularly gable roofs with barge boards and traditional shopfronts’ and the ‘several unlisted heritage assets such as the former Horfield Police Station, the former Methodist Church, now Nailsea Electrical, the unusual North Road terrace’ behind the Gloucester Road and also the relatively quiet residential streets with distinct characters bordering it.

Some of the challenges referred to relate to the problems created by competing heavy traffic use on the rather narrow arterial route of the Gloucester Road, refuse storage and general clutter along some pavement sections and the spill out of cafés into narrower areas of the pavement. A major challenge is the need to ensure the retention of traditional shopfronts, one which can best be achieved by the strict application of PAN 8 guidance.*

What is encouraging is that after this first stage in the survey, Pete thinks that a new boundary should be delineated for the Gloucester Road Conservation Area, extending it northwards from the present one that ends at Overton Road, up to the Somerville/Berkeley Road junction. This would be ‘subject to formal consultation through the appraisal process’. 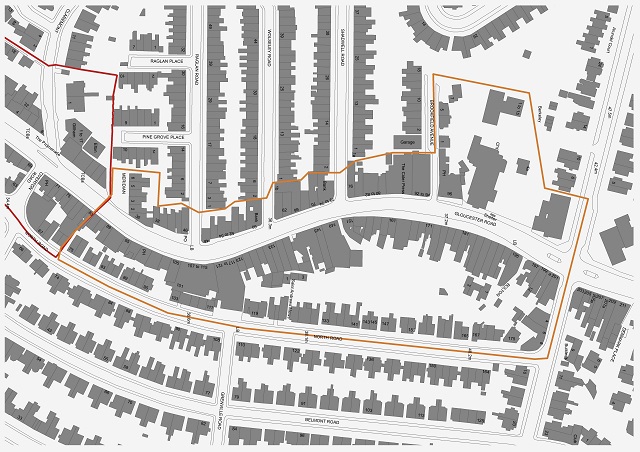 Following from this first stage document, a request was subsequently made by Pete for the survey to be taken to the next stage. This would involve an appraisal of each individual building within the area in terms of its building type. These types were: unlisted buildings of merit, grouped buildings of merit, character buildings, neutral buildings and lastly, negative buildings. To allow decisions to be made as to how to identify and allocate a type to a given building, brief descriptions of each type were provided. Even with this guidance, this was clearly going to be a partially subjective and more time consuming process. Nevertheless, this second stage was completed by mid October 2014. Every shop and house in the survey area has now been ascribed a specific building type. The eight completed street maps with all this information have been returned to Pete who hopes that by fairly early in 2015 he will have been able to write a revised and more detailed appraisal document.

When published, this ‘Our Place - Bishopston’ document will be a significant achievement. It will be of considerable value in protecting the local area from the deleterious effects of any future ill thought out and insensitive planning applications. It has produced, for the first time, a valuable, detailed record of the quality and variety of the houses and other buildings to be found within and bordering a significant part of the Gloucester Road.

However, Bishopston is more than the Gloucester Road and its neighbouring streets. We shouldn’t think the ‘Our Place’ survey is now complete. Our longer term aim should be to extend the survey further outwards on each side of the Gloucester Road.  Ultimately, we need to try and construct a detailed picture of the varied architectural and general environmental qualities of the whole neighbourhood of Bishopston.

*These are a set of Guidelines drawn up by BCC.
For details of these, see: shopfrontspdf