Trees can help mitigate air pollution, but only partially 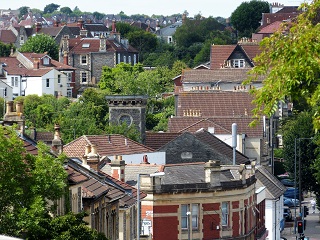 Two new major reports assessing the effects of vegetation on reducing air pollution have just been published. They both estimate that levels of urban air pollution can be lowered to some extent by urban vegetation.

But it is large areas of woodland and agricultural crops beyond towns and cities that  are able to remove significant amounts of some pollutants from the surrounding air in the areas in which they are growing.

The study by the Centre for Ecology and Hydrology estimates that for 2015, the total existing UK vegetation reduces the average annual surface concentration for fine particles by about 10% for PM2.5 and 6% for PM10. For gases the corresponding figures are: ozone 13%, ammonia 24% and 30% for sulphur dioxide. However concentrations of the gas nitrogen dioxide (NO2) are not markedly lowered by plants. This is one of the major pollutants produced by vehicles and a serious health threat.

The other study by the Air Quality Expert Group states that ''vegetation and trees in particular are regarded as beneficial for air quality, but they are not a solution to the air quality problems at a city scale.”  You can read more detail about these reports, where you can access an interactive map to find results for Bristol (or any other area of the UK) at: air quality reports