News from the Neighbourhood Partnership- April / May 2014

May 3rd to May 11th is our Neighbourhood Festival, co-ordinated by the Bishopston Cotham and Redland Neighbourhood Partnership. You can find the details of the full programme on this (TBS) website here  There are several events happening on the Gloucester Rd area,

including the Heritage Mapping Session on Wednesday May 7th 10am-1pm at the Quakers Meeting House at 300 Gloucester Rd, lead by a Council officer. This event has been organised by the Bishopston Society and will be the first step in producing a plan of the iconic features of our local area which local residents would want to preserve for the future. More details here.

On Saturday May 10th from 1-5pm there is the Super Forum at St Michaels and All Angels Church on Pigsty Hill (160a Gloucester Rd) which is open to all local people: Stephen Williams our MP and Kris Donalson of Green Capital 2015 will be speaking, and there will be opportunities to debate in small breakout groups local issues like policing, highways, our high streets and how to improve our area. This is your chance to have your say!

The 20 MPH speed limit has been in force for a few months and the feeling recorded in the Local Forums this year is that many motorists are driving over the limit. 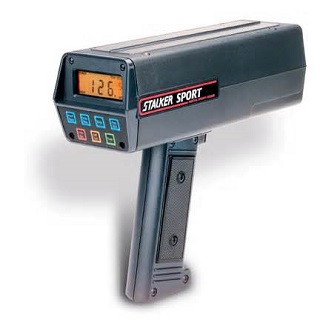 The police are organising Speed Watch events when volunteers are trained to use a “speed gun” which will record the speeds in locations suggested by local people – offenders are then sent letters by the police. If you want to be involved in this then get in touch with the Partnership Co-ordinator (Andrew Mcgrath  0117 9036436  or email Andrew who will refer you on to the right person.

The quality of the streetscene impacts on the feeling of wellbeing within our communities, and the Partnership has a role to play in this:-
•    Section 106 money which is paid to the Council by the developers at the County Cricket Ground will be spent on pedestrian facilities within one kilometre of the Ground by 2018, and will include improving the bus stop arrangements on Gloucester Rd
•    The Partnership on March 24th has agreed to spend its £65,000 budget on upgrading pavements on the top four recommended locations arising from an assessment by Highways staff. These are:
-    Cotham Brow between Cheltenham Rd and Arley Hill
-    Belmont Rd between Somerville  and Greville Rd
-    Kings Drive
-    Collingwood Rd.
If there is any money remaining at the end of the year then part of Springfield Avenue and Elgin Park will be improved.
•    Other schemes from last year from a  variety of budgets will be completed by December 2014 and include:
-    Increased parking for shoppers above Pigsty Hill
-    Either a build-out or speed table on Effingham Rd outside St Andrews Park gate
-    Consultation on improving the junctions on North Rd/Cromwell Rd and Cheltenham Rd/ Zetland Rd.
•    The Partnership has £51,426 to spend on a local traffic scheme in 2014/15. Various options will be put to the Partnership by the Council’s Highways department for a final decision at the public meeting on Monday June 23rd.
•    At its meeting on March 24th the Partnership adopted the draft local action plan in principle for implementing the Council’s Walking Strategy. (The Council strategy can be downloaded at www.bristol.gov.uk/page/transport-and-streets/walking). The aim is to encourage walking to promote health and as an alternative to using the car. The Partnership will need to consider promotion of walking within its activities and in how it spends the few budgets it controls. Volunteers are needed to help plan safe walking routes; for example where dropped kerbs are needed for wheelchair and buggy access, the need for seating in hilly areas, where seasonal overhanging vegetation is a problem for walking safely, where wheelie bins are a nuisance etc. If you are interested in this please contact our co-ordinator Andrew Mcgrath (see above for contact details).
Overall the Bishopston area should see improvements in its streetscene over the next year.

In my January article I referred to the Neighbourhood Working Priorities: various departments of the Council have been tasked to work in a co-ordinated way to improve local areas. On March 24th we were updated on work in progress on those issues identified by the Partnership as important:
•    Working with traders to reduce the impact of commercial bins and A-boards on Whiteladies and Gloucester Roads 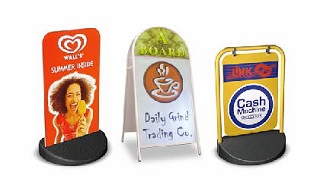 •    The police have been fining cyclists cycling on pavements and without lights after dark and warning motorists of the illegality of stopping within the cycle box at traffic lights. 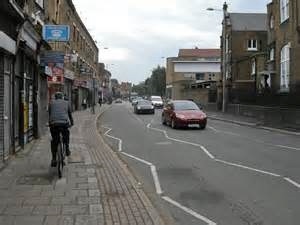 They have also surveyed the Gloucester Rd to improve cycling safety and have identified the Zetland Rd junction as a problem (see above for consideration this year of redesigning that junction). I noted in the recent LibDem email newsletter that Councillor Fi Hance is hoping to raise with Highways the appalling road surface on the lower half of North road which is certainly a hazard for cyclists!
•    Dealing with issues of recreational drinking: in St Andrews Park: Council officers have  improved the fencing along part of Leopold Road to discourage use of nearby gardens as unofficial urinals.
•    Further work to integrate students into the community and thus reducing antisocial behaviour.

A lot of Neighbourhood Partnership time has been spent on the Redland and North Cotham Resident Parking Zones. The councillors have been taking on board people’s concerns and negotiating with Council staff on timetables for implementation and who should and should not be included. The parking capacity in Bishopston and St Andrews will be considered during this year but a resident parking scheme would not be taken forward for consultation without the approval of the Council’s Cabinet.

With local elections on May 22nd the political format of the Partnership could change from the current 5 LibDems and 1 Green Party councillor. It appears that the Mayor wants Neighbourhood Partnerships to stay, but with electoral ward boundaries possibly changing next year the number of Partnerships could be under question. Senior management in the Council are currently reviewing the whole structure – without doubt there are changes ahead.

DATES FOR THE NEIGHBOURHOOD PARTNERSHIP
MEETINGS 2014-15
These are public meetings open to all local residents at 7pm. If possible have a look at the agenda and reports beforehand on the Council website (see above for the web address) and check the venue.
Monday June 23rd
Monday 20th October
Monday January 19th 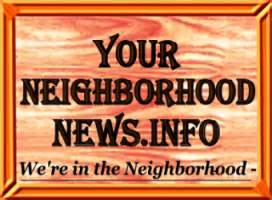