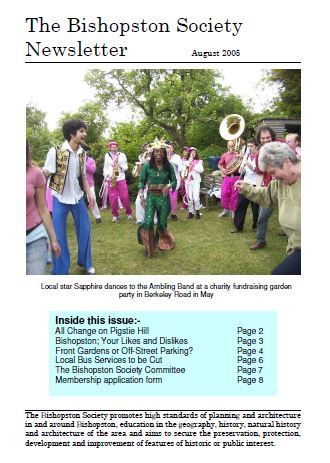 ...an issue graced with a picture of local celebrity Sapphire covered a variety of issues, from cuts in bus services, to front garden parking conversions, to developments on Pigsty Hill and the new Redland school.  And members told us what they liked and disliked about Bishopston and St Andrews. 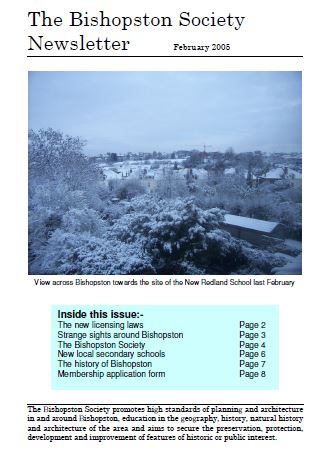 ...the move to 24 hour drinking was appearing on the horizon, and concerns were expressed about the effect on the Gloucester Road of the new changes to the licensing laws.  "Current issues" also look strangely familiar! 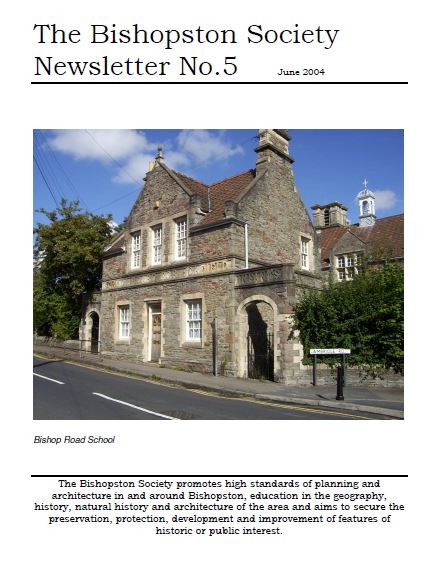 ...the Berkeley Road backlands development application had reached a public enquiry.  Meanwhile, an application had been made to build a new secondary school in Redland. 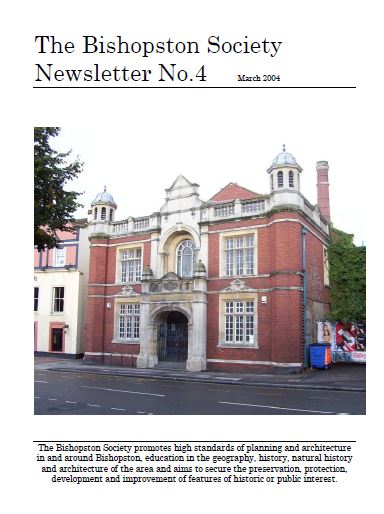 ...the first all-colour edition of the newsletter highlighted the plight of Bristol North Baths.  Hopes of keeping the pool open were still alive. 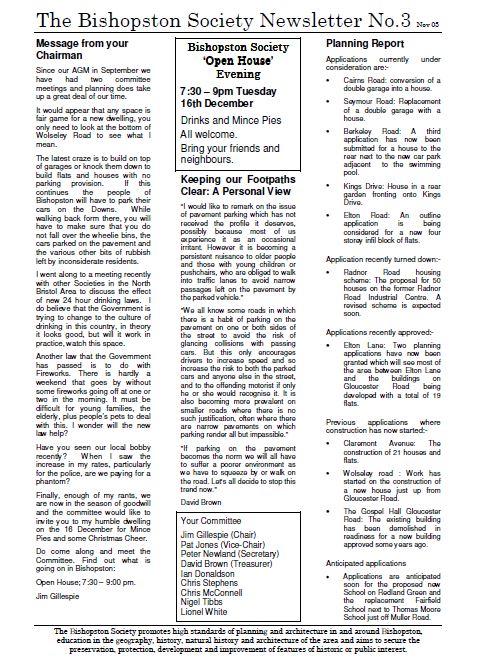 ...problems continued with applications to turn garages into houses, and the government was proposing to give the UK a 24 hour drinking culture 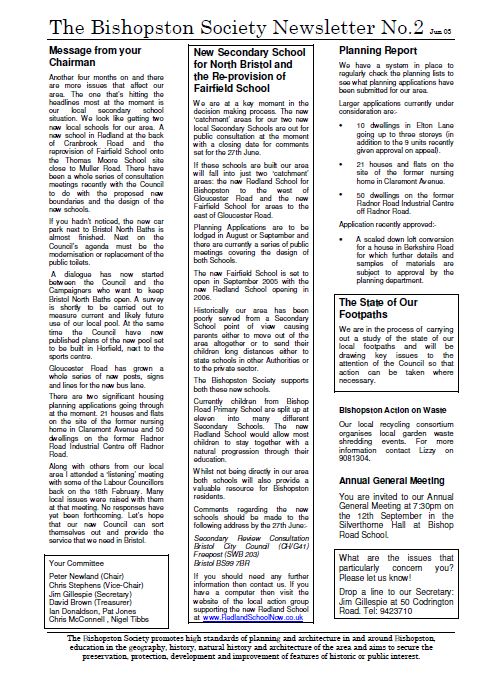 ...was published at a "key moment" in the decision-making process about the proposal being made at the time for the new secondary school (later to be named Redland Green School) 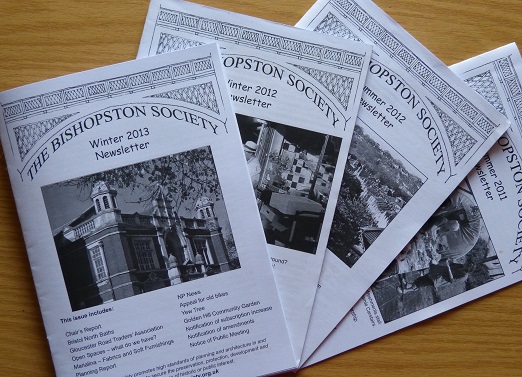