The Future of Bristol’s parks? 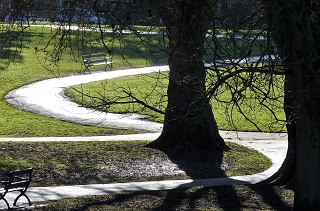 At present, Bristol’s parks are in limbo. The cumulative effect of swingeing cuts in government grants to local councils has meant that Bristol Council no longer has the resources to run and maintain its parks in a way that was previously possible before this savage surgery took effect.

Bristol Parks Forum (BPR) is the ‘community voice’ dedicated to all of Bristol’s green spaces. It works with Bristol City Council to ensure its parks & green spaces are well looked after and to help local groups enhance their green spaces. BPR is now moving towards a new and potentially much more important role by taking on the responsibility of looking at how our parks can survive and examining viable strategies for achieving this at a critical time when the council is no longer able, by itself, to provide more than a skeletal parks budget.

Finding a guaranteed source of future funding for the proper functioning and maintenance of healthy parks is therefore the prime aim of the BPR. It has been carefully looking at the best ways to achieve this. One option that seemed worth pursuing was the idea of a Charitable Trust, a scheme that has been adopted by Newcastle. However, BCR felt that it would be wrong to hand over the ownership and all responsibility for running the parks from the council to a charitable trust.

The model that has been set up in Bournemouth seemed more attractive and this involves the running of its parks by joint ownership between a charitable trust and the council. This is the Bournemouth Parks Foundation and it has been the inspiration for how our Bristol and Bath parks could be run. It was felt that we could learn from the experience of setting up this pioneering effort and develop an improved version.

Bristol and Bath councils applied for a grant from NESTA (nesta) and have been awarded £193,000 to help get a charity set up that would operate as a charity organisation to be known as The Bristol and Bath Parks Foundation. This would include all the parks and green spaces held by the Bristol, Bath and Northeast Somerset councils. Some of this money will initially be used to pay for an overall Project Manager, who is now in post. She will look at the structure of other authorities’ similar bodies.

An important early step is to find trustees for the Foundation. Another priority is to develop a good communication system. The aim is to launch the charity in June 2019 to coincide with Bristol Nature Week and the role of the charity will be to raise money for the Foundation so that funds are available to allow the parks to flourish. The Foundation would raise the profile of its parks and it would be independent of all three councils so that neither was overall in charge.

Money raised by the charity for the Foundation would be in addition to the budget input provided by the three councils. The Foundation’s policies and how money was spent would be accountable to the trustees. Funding for all this planning and research has been guaranteed for 12 months from June 2019.