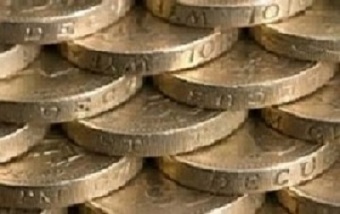 Below is a brief summary of the latest (Jan 15th) proposals by the Mayor. For full detais go to: www.bristol.gov.uk/budget

Following the consultation the Mayor considered all of the feedback and sought professional advice from council officers, including equalities specialists. As a result he is proposing a number of amendments, mostly affecting items listed in the top 30 public concerns raised through formal surveys and issues highlighted as having particular impacts on different equalities groups.

In addition the Mayor is suggesting creating a £500k revenue fund for parks and play, an additional £250k Welfare Reform Hardship Fund for the city’s poorest residents who have been affected by national benefit changes, and a £400k contribution towards implementing a ‘living wage’ policy for the council’s lowest paid workers.

1.
Proposals which have been reinstated or reviewed
These are proposals which the Mayor is minded to reinstate in the proposed budget, removing the savings from his plans. In some cases the council may still review how it provides a service if there is a strong reason for doing so (for example if it believes it can improve a service or can provide an equally good service for less money). These reviews would closely involve anyone affected and would not be driven by a specific savings target, removing any immediate pressure to reduce costs and instead focussing on providing the right service.

There are 15 proposals that have been removed or reviewed:

2.
Proposals which have been deferred
These proposals are set for change following public consultation. They will have originally been planned for year one or two of a three year budget plan and now move in to a later year.

There may be different reasons for each proposal, and the Mayor’s reasoning is explained in each case. No savings would be taken from these proposals in the next year (April 2014 –April 2015) and they may or may not be included in next year’s budget proposals.

There are three proposals that have been put back:

3.
Unchanged proposals
These are proposals which were originally published in November and remain
unchanged. The Mayor will propose all of these at his Cabinet meeting for
recommendation to Full Council on 18 February. No decision has been made on these proposals until (and if) they are approved as part of the budget at Full Council.

There are 45 proposals that remain unchanged.

A note on Council Tax
Following the six week public consultation which gather thousands of opinions from people who were mostly representative of the city as a whole – the Mayor proposes a 1.95% increase in Council Tax for each of the next three years.This is a slight reduction from the proposed 2% and will cost the average Band D household just under 50p per week.This has not changed because 69% of respondents to the consultation approved of raising Council Tax by 2% or more.