Jerry Hicks died peacefully at the weekend. One of our members says, ''Jerry Hicks was a true visionary and Renaissance Man! Bristol has to thank him for many things, particularly in helping to change the direction of planning from the 1960's onwards......

He was a major force in the saving of the Bristol Docks from destruction. Having got to know him (and his painting) in more recent years, you couldn't fail to be impressed with his energy and passion on such topics as sustainable development with his Agenda 21 Group''.

In 1969, Jerry Hicks successfully fought plans by Bristol City Council to fill in the city’s floating harbour to make way for a new road network. Tributes have been paid to a Bristol artist who helped prevent one of the city’s most calamitous planning ideas of the 20th century. Bristol mayor George Ferguson praised the campaigning work done by the Londoner who moved to the city in 1951.

As a member of Bristol City Docks Group Mr Hicks fought the plans to destroy Bristol's floating harbour, thus allowing the use of the docks to this day by small boats and tall masted ships coming up the river and tying-up in the centre of the city. 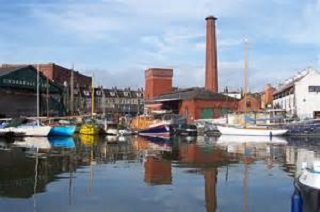 He was also involved in the campaign to prevent an underground car park being built into the side of the Avon Gorge near the Clifton Suspension Bridge – a plan the former Poet Laureate Sir John Betjeman described as “almost incredible”.

In 2004, Jerry Hicks received the honorary degree of Master of Arts from Bristol University. You can find out more about his life by reading the speech given about him at his honorary degree ceremony.

The Bishopston Society
There are so many roads in Bristol which are used as 'rat-runs' and could easily be pedestrianised.