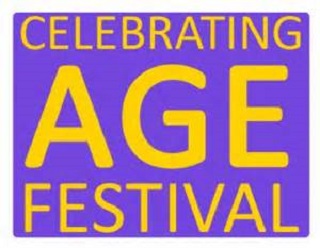 The Celebrating Age Festival (CAF) was first set up in 2008 in response to the Bristol Older people’s Strategy.

Its vision is to:

IF you know a ‘super citizen’ who is a shining example of what can be achieved in later life – it’s time to nominate them for an award.

Winners will be announced at this year’s Celebrating Age Festival (CAF) Launch at the M Shed on Saturday 27 September and receive a medal and certificate for their achievements.

The Festival will run for two weeks until 12 October with events taking place across the city, reflecting this year’s Bristol Ageing Better theme.

Judith Brown, member of CAF Steering Group and Bristol Older People’s Forum says: “It’s brilliant in Bristol and we want to honour those ‘super citizens’ who make a difference in our community. Nominees must be current Bristol residents aged 55 plus.”

Chief Executive of Age UK Bristol, Mark Baker says: “Being 55 and over can be a great time in people's lives. At this year’s Celebrating Age Festival Awards we want to celebrate not only those who have helped others but also those providing inspiration as to the richness of later life…”

The five categories are:
•    Sports and Physical Activity for an older person who is a regular sports player, dancer or coach
•    Caring for someone who looks after a partner, friend or group of people
•    Challenge for a person who has ‘gone that extra mile’
•    Community Award for someone who is ‘making a difference to people’s lives’
•    Group Award for an older person’s group that ‘enhances lives’.

One of last year’s winners Roy Hackett (85) was given a Community Award. Since his involvement with the Bristol Bus Boycott in 1963, Roy has clocked up long service for a number of community organisations.

This includes 50 years for the Bristol West Indian Parents and Friends Association, where he recently stepped down as Chair, and 40 years on the Bristol Racial Equality Council. He has also been a member of St Werburgh’s Community Centre committee since 1971.

He says of his award: “I was extremely pleased and grateful. There are a lot of people out there that do things in the community and have never been recognised and it’s a shame. I think it’s a good thing for people to nominate them…”

Deadline for completed entries is Friday 12 September at 5pm and all forms should be sent or emailed to Shelley Hankins at the Age UK office. For more information or to download a form visit http://celebratingage.org.uk/
ends

The Festival is run by a working group of older people and is supported by Bristol City Council, Bristol Older People’s Forum, Age UK, NHS and LinkAge.

Bristol Ageing Better (BAB) is a partnership of individuals and organisations working together to reduce isolation and loneliness amongst older people in Bristol.

The Bishopston Society
https://www.bristolpost.co.uk/news/bristol-news/extinction-rebellion-activists-mark-out-4199540 A full list of the cycle lanes are in this article. They should be made permanent to allow safe cycling and reduce air pollution.
Comments

Bill SingletonSaturday 06 June
I hope that this doesn’t lead to the death of any cyclists.

Helen DrinkwaterSaturday 06 June
Bunch of wanna be anarchists. Did they spend too much time on the naughty step? 🥱

The Bishopston Society
The University West of England (UWE) are currently conducting a surveyabout how people are using Greenspaces at the moment. It’s been commissioned by the West of England Combined Authority (WECA) and the results will inform future policy. If you have an interest in our green areas and wish to take part in the survey please use the link below. “By green spaces we mean any natural or semi-natural areas partially or completely covered by vegetation that occur in or near urban areas. They include parks, trails, woodlands, reservoirs, rivers, and allotments, which provide habitat for wildlife and can be used for recreation. This study will provide robust, high-quality evidence to policy makers, local authorities, planners and property developers to make informed decisions on how green space should be provided, promoted and managed, and how its use and importance changes during pandemics”. Here’s the link: https://bit.ly/3cSGnnQand this is the press release: https://info.uwe.ac.uk/news/uwenews/news.aspx?id=4033

The Bishopston Society
Difficult times for Bristol's cultural venues. They may not open until September and would welcome donations. https://www.bristolpost.co.uk/whats-on/whats-on-news/bristol-venues-future-coronavirus-lockdown-4149027

The Bishopston Society
https://bristolcycling.org.uk/what-covid-cycling-provision-do-you-want/ For pedestrians as well as cyclists. There are many pinch points identified especially around the city centre and Gloucester road.

The Bishopston Society
Supporters say a new station at St Anne’s could give rapid commuter access into central Bristol, Keynsham and Bath, relieving pressure on the busy A4 road linking the two cities. This follows secure funding for the Portishead line and Henbury station.