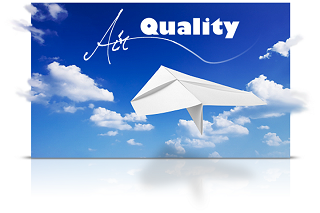 The recent meeting of The Bishopston Society featured illuminating examples of how a 2020 vision for clean air in Bishopton could be realised.

Experts representing diversely the global academic research, local political and Bristol campaign activist communities each responded to the need for clean air, in the face of the frightening annual figure of 8.5% of all deaths in Bristol (300) being caused by exposure to air pollution.

The vision-making took place at a public meeting organised by the Society in partnership with Sustainable Bishopston on Tuesday 3rd October 2017 at the Friends Meeting on Gloucester Road.

Fi Hance our local Green Party councillor and Chair of the Council’s Air Quality Management Group looked at how BCC at last seems to be treating the problem seriously. To comply with the government’s UK Air Quality Action Plan, the Council needs to submit its own plan by March 2018. The best option is seen to be to develop Clean Air Zones (CAZ). Essentially these would be created by imposing a charge on vehicles entering high pollution areas of the city, based on their emission levels.

The feasibility study being undertaken will look at the most suitable size of CAZ area to set up. The small option would only cover parts of central Bristol. The medium-sized one would cover a much wider area, including the M32 corridor and the Gloucester Road as far as the edge of Southmead.

The other decision still to be made is which categories of vehicles would be charged or even excluded – only buses, taxis, HGVs and LGVs or all vehicles? Watch this space.

Alan Morris gave an introduction to the aims and work of the Bristol Walking Alliance, an organisation which campaigns in conjunction with other groups and organisations such as Bristol Civic Society, Living Streets and Sustrans to promote a welcoming, safe, convenient and inclusive urban environment that will encourage walking rather than motorised transport.

You can find out more about BWA’s work at www.bristolwalkingalliance.org.uk or contact them at . Their pavement parking petition can be found here.

What (else) we citizens can do

In a wide-ranging talk, Dr Caroline Bartle from the Centre for Transport and Society at UWE looked at ways we can combat air pollution and reduce our exposure to it. Bishopston has a higher rate of car ownership per household (1.24) than either the Bristol or national average figures which means we need to adopt ways of reducing motor car use.
We all know that shifting to other modes of transport (cycling, walking, using the bus) is the most obvious means of achieving this. But how do we succeed in this aim?

Getting people to pledge they will reduce car use can work at community level; apps that provide real time bus travel information help make effective use of buses; saving on car costs by sharing or using car clubs; changing to electric cars; even adopting more eco-friendly driving habits like smoother acceleration and switching off when idling – all these can help.

Kevin Molloy from Bishopston Society then gave a preview of ‘Clean Air Bishopston’ (CAB), a project well into its planning phase being run by the Society in conjunction with Sustainable Bishopston, Bristol Walking Alliance and others. He reminded people that the group discussions at the TBS April public meeting had identified a large number of self-help activities that would help improve air quality in Bishopston (see this article) and that the CAB project aimed to respond to that challenge. He hoped others would be encouraged to get involved in the project.

The meeting then split into four small discussion groups, each focused on one of the planks of Clean Air Bishopston:-

More information on this exciting project, which will concentrate on local citizen-led solutions, in addition to watching what “they” are doing about air pollution, was promised via this web site soon.

These formalities included co-option of some new badly-needed blood on to the committee, but a call for additional helpers (both on or off the committee itself) was repeated: please let us know via our contact page if you are interested (especially if you can help us remove the current demographic bias towards older white men).