The Bishopston Society is extremely concerned about the proposals to extend the roofspace of this property at 94, Berkeley Road and the consequent detrimental effect on the local streetscene (Planning application ref:15/03572/H)

The application is for permission to raise the roof level and simultaneously to build out large flat roof dormers on either side, all in order to create a large single bedroom and en suite bathroom at second floor level.  The proposed raised roof level is extremely mean and barely high enough to accommodate the proposed window in the front elevation.  The dormers are boxy in the extreme, finished with painted render (both bright  and difficult to maintain) and will be clearly visible from the street.  The rear gable is fully glazed with French doors in the middle, all overlooking the rear gardens of adjacent properties.

This application has little to recommend it.  The proposed front elevation is of a mean proportion and the proposed dormers are extremely ugly.  We suggest that the roof level should be raised higher so that reasonable space could be provided in the roof without the need to resort to large dormers.  We would refer to nos 23 and 38/40 Egerton Road where this approach has been followed and the end result looks completely natural, as if the houses were originally built with the higher roof.  Please see the photographs below. 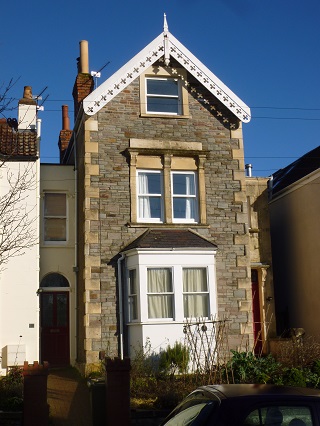 Applications of this sort, if granted, run the risk of seriously disfiguring the character and integrity of attractive neighbourhoods like Bishopston.  We would strongly recommend that the application is refused. 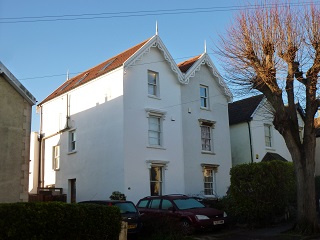 Following your comments about the above application, I can inform you that the proposal was considered under delegated powers on 2 September 2015, and the decision was as follows:  REFUSED.

Please note that while the above application has been refused planning permission, the applicant does have the opportunity to appeal against the decision, and this will mean the application being re-examined by an independent Planning Inspector. In addition, a fresh application could be submitted which seeks to overcome the stated reasons for refusal, which the council would have to consider and make a decision on. In either case, we will write to you and let you know what is happening.

A copy of the officer report and decision notice with the reasons for refusal, can now be viewed from our website.

If you require any further information about this application, please contact us.