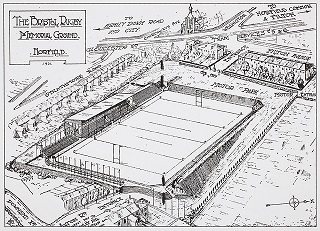 The Memorial Stadium has now been granted the status of an Asset of Community Value.

The background to this request by TBS is set out here

ACV status is a timely and welcome recognition by the council of the significance to Bristol of the historic war memorial sports ground.  It was almost the first war memorial to be built in the city after the Great War – and it predates the Cenotaph in the centre by many years.

It had enormous public support, both heartfelt and financially. Every day is a day of remembrance and every mention of the name of the Ground memorialises the fallen rugby players.  It is through sport that the soldier sportsmen are remembered.  The Ground remains the city’s largest and, in many ways most effective and poignant, war memorial.  It has been an under appreciated jewel in the crown of the Horfield/Bishopston area.

Under the Localism Act (2011), ACV status means that if the Memorial Stadium comes up for sale, eligible “community interest groups” (who may wish to ensure that sport can carry on being played there) would have a six week window to put in a bid to purchase the site, and a six month opportunity to raise the money.

Bristol City Council declared in their letter to TBS that the reasons for accepting the nomination are that there is a “sporting, cultural and recreational interest” in the “community stadium”.  The ACV listing offers the local and wider Bristol community a stake in determining the future of the Memorial Ground.  This is a sensible change of direction – recent experience has seen plans to surround the Memorial Ground with towering blocks of flats, or replace it altogether with a huge supermarket with all the noise and air pollution that entails.  ACV status points more at sporting or recreational uses, for the health and well being of Bristolians, as intended by the founders of the Memorial Ground.

A better, and possibly glowing, future for the distinctive war memorial sports ground is now possible.  Next year, thanks to generous hosting by Bristol Rovers FC, the city’s Ceremony of Remembrance parade and service is to be held at the Memorial Ground, on Remembrance Sunday.  Furthermore, the President of Bristol Rugby Former Players, has stated that “The memorial is not only for those who wore the famous blue and white jersey, but for all rugby players who died for their country.”  The case for the Mem to be formally adopted as the national rugby war memorial is made here (link to blog by the World Rugby Museum, Twickenham).

How will Bristol’s newest asset of community value fare?  While Sainsbury’s may no longer wish to buy the land, Rovers’ directors are thought to be still seeking to sell it.  Many local people and sport fans hope that the Memorial Ground carries on being a major and historic team sport venue for Bristol.  However, any proposed re-development of the site should:
1) respect the war memorial status of the site
2) be appropriate to its residential setting and
3) conform to the Covenant on the land which states that it must be used for sport or recreation in perpetuity.

Councillors Daniella Radice and Tim Malnick, welcome imaginative ideas about possible alternative future uses, which keep (at the very least) the playing pitch area for sport, games, or recreation, such as a school, or retirement homes, sport rehabilitation, or even a velodrome.

The Bishopston Society
Interesting piece with alot on Bristol and York as well as Oslo and the Netherlands.

The Bishopston Society
The waterside walkway between the new cut and Cumberland Road, now known as the chocolate path, was built when the Bristol Harbour Railway linked Ashton Bridge with Wapping Wharf in 1906. According to Simon Hickman, principal historic buildings inspector for Historic England in the South West region, this particular section of the cut “has always been dodgy”.