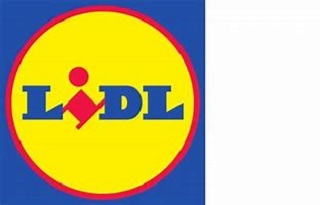 Proposal: Demolition of the former bus depot in Muller Road, erection of a new Lidl store and associated works. TBS has a generally neutral view on this but makes suggestions that would go some way towards alleviating our reservations.

Comments: We understand that Lidl were granted permission in 2016 for a store of 1465m2 on the Brunel site directly alongside and that they would prefer a larger store. This site became available subsequently and they have submitted this further application for a store of 2206m2. We note further that there is considerable support for this application, particularly from the Lockleaze area which is currently poorly served. However, we are concerned that the new store will aggravate the existing traffic congestion and air pollution along Muller Road, particularly at the junction with Ralph Road, which will inevitably be worsened by the anticipated enlargement of the Bristol Rovers ground.

We suggest the following measures which should help to offsets the possible disbenefits of the new supermarket:

- Discourage the future redevelopment of the adjacent Brunel site for any commercial use which would create significant additional traffic volumes. This may require the 2016 permission to be nullified before the new permission is granted. We would suggest that the Brunel site might best be redeveloped for residential use, with flats at the front with parking behind and terraced houses to the rear of the site. This would create a suitable buffer between the supermarket and the existing 1930s houses to the north, would improve the appearance and character of Muller Road facing onto the green and would generate only a minor volume of additional traffic.
- Restrict deliveries to the supermarket to out of hours i.e. before 07.30 and after 19.00/store closing time.
- Improve cycle facilities at the store to encourage local people to come by bike to shop.
- Consider traffic lights at the bottom of Ralph Road and Springfield Road where it is so difficult to pull out onto Muller Road.

One practical point is that the swept path analysis for the articulated delivery lorries is currently shown circulating through the car park. This would be an obvious safety hazard if the deliveries were to occur when the car park was in use.