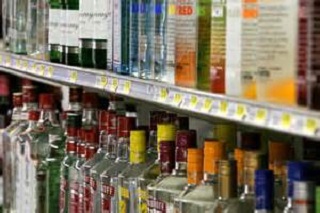 The BCC Licensing Committee is consulting on the question of whether the Gloucester Road Cumulative Impact Area (CIA) should continue to operate. The Bishopston Society has always supported this designation as applied to the Gloucester Road, since its inception.

But the Society has been extremely disappointed at how the policy has been consistently ignored...... or almost never invoked by the Licencing committee, in practice, whenever new licensing applications have been applied for.

Below we set out our letter to the BCC in response to this consultation:

The Bishopston Society feels concerned at the 'Review' now being conducted into the operation of Bristol's Cumulative Impact Areas.  There seems to be a possibility that the Gloucester Road CIA could be rescinded.

Although we have felt disappointed in the effectiveness of the CIA, at least the designation of a CIA acknowledges that licensed premises and their customers can and do have effects on the surrounding neighbourhood.  Not only are the four licensing objectives clearly set out, but Bishopston residents were encouraged to believe that their 'normal sleeping hours' would be respected when a license application (new or 'varied') was to be considered.  It also seemed important that the terms of the CIA provided a 'rebuttable presumption' against granting a license unless it would be adding something new - or family friendly - to existing local facilities.  In practice we have found that this guideline has not been 'strictly applied', as set out.

The CIA document refers to 'saturation'.  There were already at least 60 licensed premises in the area when the designation of CIA was adopted.
Since then, of the twenty-three further applications for alcohol sales in the Gloucester Road CIA, only one has been refused.  The licensing panel turned down No. 1 Convenience Store's application to sell alcohol around the clock.

Representatives of the police have advised us that evidence of crime, disorder or public nuisance must be attributable to specific premises before a prosecution can be begun.  However, the effects of excess alcohol consumption in the area tend to be more general.  Residents trying to sleep may be disturbed by shouting along the road in the small hours.  It may not always be possible even to pinpoint the source of loud music late at night.

'Evidence' and 'proof' is hard to come by, when residents find that all along their road cars have been scratched or otherwise damaged in the night.  Or their bins have been turned over.  Or someone has thrown up or peed on their garden wall.  Or thrown a half-eaten curry on their path. Residents have tended not to make complaints about general squalor, even though it mars the ambience of the neighbourhood, especially at weekends.  If their car has been damaged by someone unseen in the night, residents tend to react with resignation - how could the damage be realistically traceable to a particular premises selling alcohol?

Bishopston has a team of volunteers dedicated to making the Gloucester Road a pleasant and attractive place to spend time.   Their efforts are continually undermined by people behaving badly because of drinking to excess.

Residents are only too aware of the pressures on the police - and if there is no possibility of catching the perpetrators of low-level vandalism, why report the incident?   Building up a dossier of 'evidence' is extremely difficult. But what disturbs residents is precisely the cumulative impact of these incidents, the cause of which can be clearly identified as the large and growing number of licensed premises in the Gloucester Road neighbourhood.

Acknowledging that particular areas can and do suffer 'cumulative impact' from licensed premises is important - though in practice that acknowledgement has proved much less effective than the Society had hoped and expected.   We are extremely concerned that without the CIA, there will simply be a 'free-for-all' (since the sale of alcohol is sadly so profitable) and that the Gloucester Road will become even more of a drinking destination than it already is.

In the recent response by the Bishopston Society (above) about retaining a Gloucester road CIA, mention is made that “Bishopston has a team of volunteers dedicated to making the Gloucester Road a pleasant and attractive place to spend time. Their efforts are continually undermined by people behaving badly because of drinking to excess.”

Liz Kew, Bristol Neighbourhood Watch Network Representative on the NP, leads that team of BCR NP street scene volunteers. The Volunteers work with the Council‘s Waste services and Street scene and Enforcement officers as well as the Neighbourhood Police in an attempt to ameliorate some of the effects of the late night economy.

She has written to the BCC to offer, from her experience, details about the antisocial behaviour and low level crime that occurs along the stretch of road from the Cheltenham Road Arches to the end of the CIA.

Below I have extracted the main content of the letter Liz sent to BCC (Ed.):

Three volunteers have been trained to remove graffiti tags. Each week Liz Kew also reports graffiti tags to be removed by May Gurney. The figures below show what she has reported or cleaned during 2013. It gives a measure of the problem.

Early on weekend mornings she sees the mountain of rubbish that the May Gurney early morning crew have to pick up after Friday and Saturday nights . The sheer volume of take away food cartons, empty bottles, cans and discarded food has to be seen to understand the extent of the problem. It is all credit to May Gurney that the main street is cleared by 9.30 am but that does not include the side streets which are the routes taken to go home in the early hours and which  are not cleansed at weekends.

May Gurney do not litter pick private land so the BCR NP street scene group have on occasions used some community pay back hours to litter pick private car parks whose appearance has become detrimental to the area. On the last occasion it took six men three hours to remove the accumulated rubbish from two small car park areas. The sheer volume of accumulated take away food cartons, empty bottles, cans and discarded food, can and does overwhelm local businesses sometimes.

In the first year of the Gloucester road project (2011) the local shops were surveyed on their views on several issues. A response that was not expected was the issue of public urination. And it is not just men who are to blame! One shop owner boards up the doorway to his flat door as the floor slopes down into the flat; peeing in the doorway results in the carpet behind the door getting wet. On Sunday mornings Liz cleans a lot of graffiti tags off flat doors and the smell of fresh urine on a Sunday morning is most unpleasant!

During visits to shops, in order to obtain indemnity forms for removal of graffiti tags, too often the shop keepers complain of low level antisocial behaviour such as scratched windows, pushed over bins and vomit in doorways or on pavements.

Smashed window incidents are mostly reported to the police, as a crime number is needed for insurance purposes but the majority of issues are not reported as there is nothing to be done. This means these regularly repeated low level incidents do not form part of a body of evidence that a licensing body needs to be aware of when yet another alcohol licence application is considered.

The Gloucester Road CIA is definitely required but needs to be better implemented. There needs to be more awareness that it is not just disorder or violent crime involving the Police that should be considered but also the sort of antisocial behaviour outlined above that adversely affects the quality of community life.

At previous Bishopston Society and NP Forum meetings, residents have been reminded to report unsocial behaviour such as noisy rowdy groups, public urination, vomit on pavements, litter in side streets off the Gloucester road etc. All these reports would undoubtedly add weight to any submissions to the licensing committee.

Who can you to report to?

To report overturned bins, broken glass or even excessive noise, phone BCC Environmental Health/refuse: 922 2100. When you report the incident, ask for a reference number.

The Bishopston Society
Bristol City Council officials have briefed councillors on progress being made towards the pedestrianisation of the small triangular area between Castle Park and Rupert Street.